The Yellowknives Dene and Arsenic 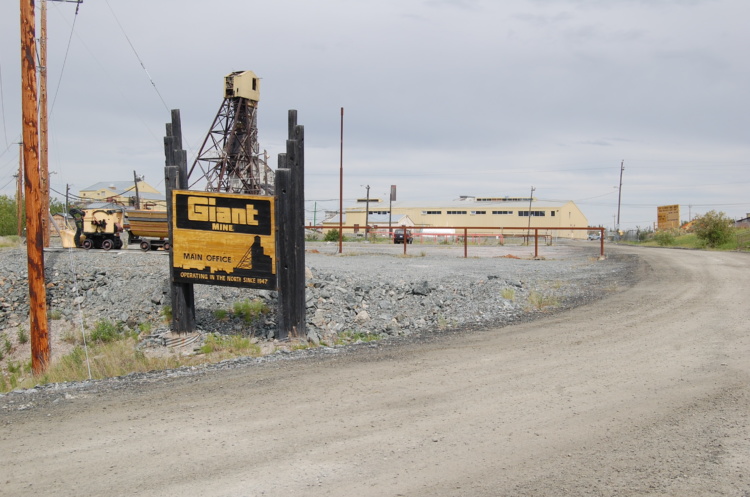 The Yellowknives Dene maintain strong historical memories of the arsenic pollution that accompanied the opening of Giant Mine. Many Elders recall people becoming sick or dying from drinking contaminated water in the early days of the mine. The mine also severely damaged the ecology of the Baker Creek valley, cutting the Yellowknives off from an important berrying, hunting and fishing area. The mine site also contains a toxic legacy of 237,000 tonnes of arsenic trioxide dust collected over nearly 50 years of gold roasting. The contaminated site may pose a threat to local communities and the environment for generations to come and is currently the focus of a major federal-territorial remediation project.

The Toxic Legacies Project examined the arsenic issue at Yellowknife through a partnership among Memorial and Lakehead Universities, the Goyatiko Language Society (a Yellowknives Dene First Nation non-profit organization dedicated to the preservation of the Weledeh language), and Alternatives North (a Yellowknife environmental and social justice coalition that conducts public interest research). Our overarching goals are twofold: to create public history material that highlighted the historical injustices associated with arsenic contamination from the mine, and to develop public commemorative strategies to warn future generations about the hazards of arsenic at the abandoned mine site.

For more, see out community reports:

Other publications on this topic include:

Keeling, A., and Sandlos, J. 2017. “Ghost Towns and Zombie Mines: The Historical Dimensions of Mine Abandonment, Reclamation, and Redevelopment in the Canadian North,” in S. Bocking and B. Martin, eds., Ice Blink: Navigating Northern Environmental History (University of Calgary Press). (online)

Sandlos, J., and Keeling, A. 2016. Aboriginal Communities, Traditional Knowledge, and the Environmental Legacies of Extractive Development in Canada. The Extractive Industries and Society 3,2:278-287. (online)